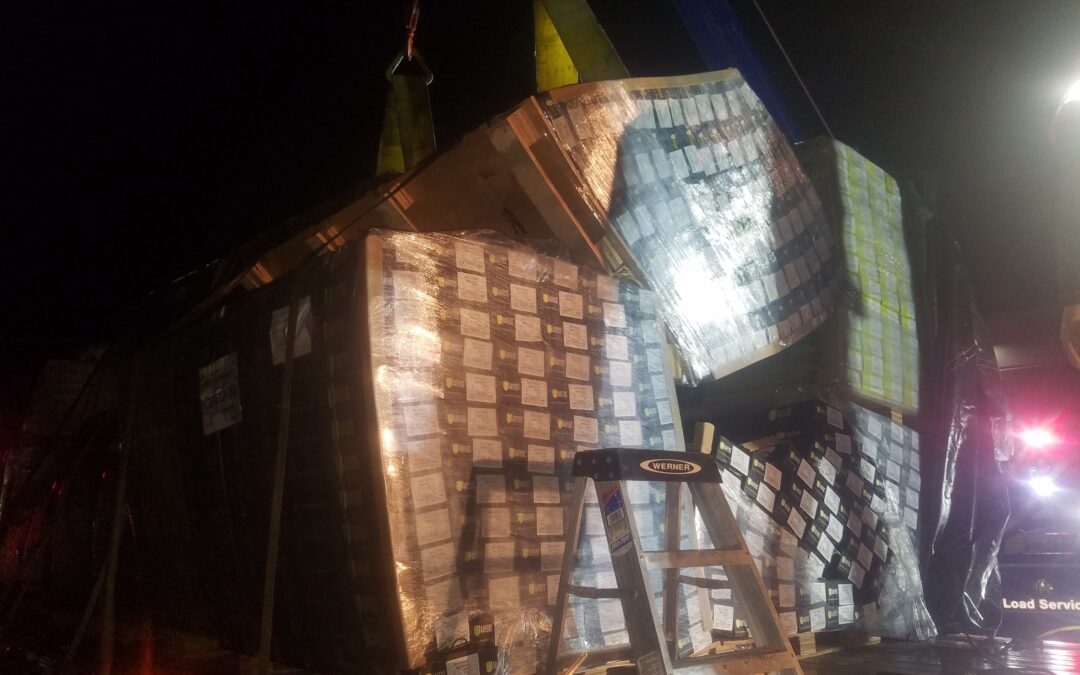 In this incident, on November 23, 2020, Team Pro-Enviro received a call for an emergency load recovery in Kent, WA. A few pictures were sent to us before we left, which let us know that we needed a heavy-duty rotator for this job. We sent an HD rotating crane style wrecker and Incident Commander ahead to the scene. Once our team then arrived, we did a detailed scene assessment.

We found eight rows of double-stacked pallets, each one containing multiple boxes of wood flooring. The pallets themselves had tipped over and collapsed on one another. They were now only held in place by a tarp. We needed extra hands and equipment to handle this significant load shift service.

For a recovery like this, we needed a long list of extra equipment. We sent for an incident response vehicle and a forklift with an operator. We also brought in a second medium-duty flatbed, towing dump trailer, a compact track loader, pallets, banding equipment, and plywood. This specific load was at risk of either outright spilling or overturning the tractor, so both safety and efficiency were part of the planning stages.

We first marked and positioned the rotator to secure the load before prepping the truck and positioned the boom lift. We then reviewed the plans for the rigging process and load shift service. Once the additional truck and equipment arrived, we examined the process again with the team. Then everyone got to work!

We rigged the load using frame chains and support straps with shackles and strap shorteners. We used the plywood as extra support. It would also help remove any pressure that might risk damaging the load recovering in Kent. With great care, we successfully straightened the load so the tarp could be removed––slowly.

After careful consideration, we decided it was safest to remove the higher pallets first by hand, then restack them again. The rotator continued to support things while, one by one, our team removed and restacked pallets. Five of the pallets were too damaged and needed replacing. Seven others had to have their products completely offloaded and then restacked. Another seven needed to be re-straightened and then tightened again. Once all the pallets were removed, we restacked and resecured everything properly. This careful process was vital for this load shift service and load recovery in Kent.

With the pallets reorganized and secure, it was time to reload things. We removed the load shift rigging and cleared debris so the trailer could move forward. We used the forklift to load the pallets, and the driver secured things.

We cleaned up, collected the broken pallets. We then loaded the equipment onto the trucks. Before leaving, we made sure the road was completely clear. Back at the shop, we restored the gear, filled out the paperwork, and gave the all-clear.

A lengthy process, but one our team handled efficiently and with care! 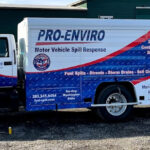 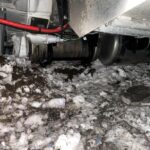 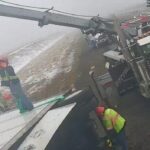 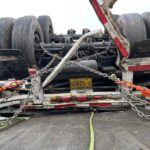 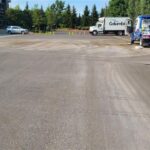 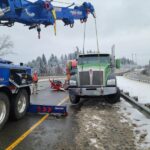 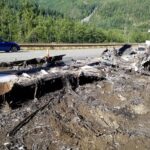 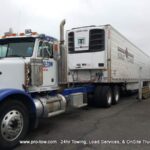 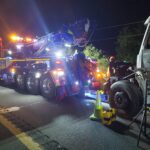 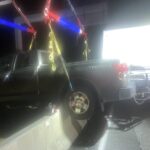 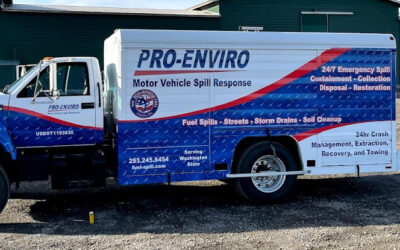 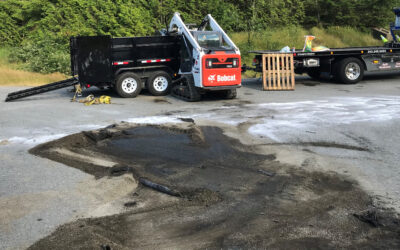 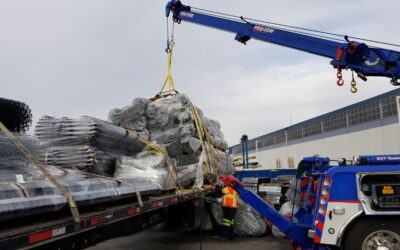